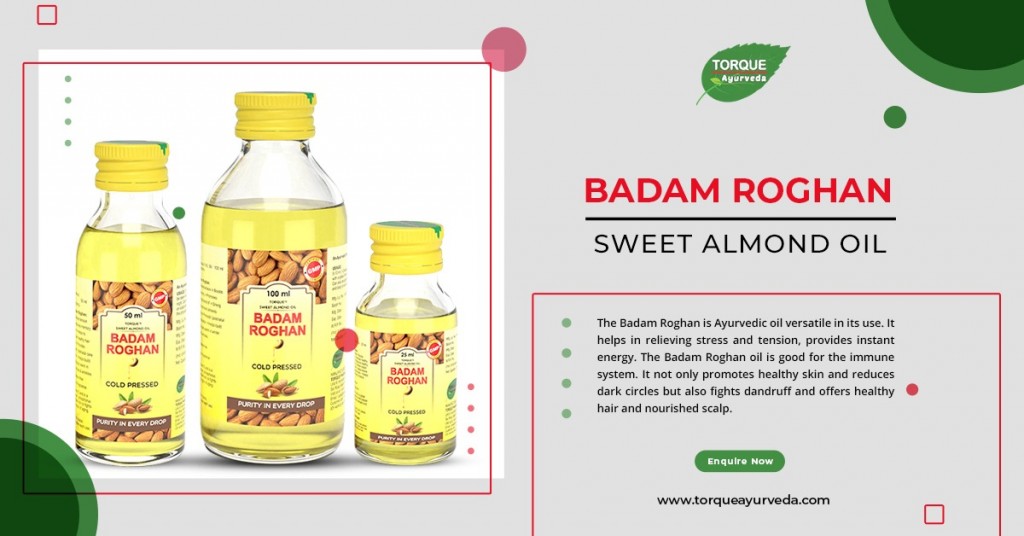 How To Reduce Depression And Stress With The Help Of Badam Oil?

Almonds are the oldest and most widely cultivated of all nut crops in the world. They were first found in the Middle East, and people soon discovered that it was extremely beneficial to extract the oil from their seeds. Almost half of the weight of dry Almond was found to be oil, and ripe Almonds were pressed to extract the oil at minimal heat.

Almonds and almond oil are common as nutrient-rich sources. You might have come across nutritionists who advise people to add almonds with the oil to their daily diet and beauty products to feed the skin. It is also used as an ayurvedic treatment for depression and stress. Almonds provide us with what our body needs and are an essential part of our life anyway.

The almonds are packed with such nutrients as

However, the exact quantity of each component in any particular batch of almonds or almond oil may vary depending on the variety of almonds used, the year they were harvested, the location of the orchard in which they were grown and other processing and storage differences.

Ayurvedic Badam Roghan oil is one of the versatile and pure almond oil that has amazing benefits for both internal and external usage.

Almond oils offer a natural remedy for stress feelings. This can be beneficial if you feel regularly stressed and don’t want to rely on medication, or if you want short-term relief for situations such as an examination or job interview. Almond oils contain tiny molecules which the body absorbs quickly. This fast absorption ensures you can feel the oil’s benefits within 20 minutes.

Here are a few ways to get your almond oil’s calming benefits:

The practice of Aromatherapy also involves massaging the body with herbal oils. The only difference is the type of oil which is used. There is one carrier oil like almond oil in Aromatherapy and one essential therapeutic oil. Carrier oil has the function of diluting the essential oils and “carrying” them to your skin. Almond oil acts as a carrier oil and by mixing it with or without essential oils can provide amazing benefits.

Almond oil does not cure depression, but it is used as ayurvedic medicine for depression. However, alongside traditional therapies for depression, such as behavioural therapy and antidepressants, almond oils provide benefits as a supplementary therapy. Several studies have shown that some oils can alleviate depression-related psychological and physical symptoms.

The compounds in almond oils can communicate with the body by being absorbed into the bloodstream through the skin or by activating brain areas through inhalation. When specialized nerve cells detect smells in the upper part of the nose, they send an impulse to the brain with the olfactory nerve into an area called the olfactory bulb. Olfactory bulb detects the impulse and transmits the odour information to other nearby brain regions. Those other areas are called the limbic system. The limbic system is a set of brain structures that could play a vital role in controlling behaviour, emotions, memory and mood.

Because of their smell, the use of almond oils to help ease depression symptoms could work. The aromas are very emotional. Each responds differently to scents — how they respond to an odour depends on what they associate with that odour. They may, for instance, equate a particular fragrance with a long-forgotten memory.

Apart from this, almond oil can also be used extensively for beauty purposes. It is not only used for bright and healthy skin but also reduces dark circles and puffy eyes. It is also used to strengthen the hair.

To benefit significantly from almond oil, using Ayurvedic Badam Roghan oil will be the best option. When consumed with warm milk or applied on skin and hair, it provides the best results. It is a natural chemical and preservative-free oil, which contains no artificial colour or fragrance. Due to the antioxidant-rich ingredients, it helps in delaying the signs of ageing. It is also rich in vitamin E, iron, magnesium and phosphorus.