It can never be the case that you are talking about the healthiest foods on the planet earth and you ignore one of the most popular nuts- Almonds. Even, since our childhood, we are hearing about the numerous health benefits of eating almonds from our grandparents and parents. We know about a benefit or two about consuming almonds but is that all almonds can offer us? Well, we don’t think so. In this article, we are going to tell you about all the benefits that you can reap from almond oil, which is the best form of consuming almonds. But before that, it will be good to know about the history of this super-nut, so that we can know what makes it so special.

History of the Almonds

You will be surprised to know that the almonds were considered as far back in ancient times as the Bible. These were used as an important ingredient of the bread which was served to the Egyptian Pharaohs. Experts don’t know much about almonds’ exact ancestry, but they are said to have originated in Central Asia and China.

After that, the almond trees were brought to California from Spain by Franciscan Padres in the mid-eighteenth century. However, the climate conditions were not according to the requirement of the almond trees. But at the time of 1870, with the help of some self-supported research and cross-breeding, farmers were able to develop new varieties of almonds. Almonds industry was firmly established by the start of the 20th century and now it is easily available in almost every continent of the world. Since they were explored, almonds have maintained some sort of religious and ethnic significance in society.

Everything about unique Indian Almonds

No matter how many varieties of almonds have been developed, the Indian almonds are still known worldwide for their unique taste. Contrary to the people’s belief, Indian almonds are not grown only in India, but also in Polynesia, Australia, Madagascar, Pakistan, West Africa, South America, Central America, and even in some parts of the Caribbean. In India, Indian almonds are grown in all the warmer regions of the country such as Tamilnadu, Karnataka, Kerala, and Andhra Pradesh. Indian almonds can be found in the markets sold as pre-shelled and packaged. Indian almonds change a variety of colors during their period of getting ripe. They are usually green at first, then they start changing to yellow slowly and then finally then turn into a deep red. There are some greenish varieties of the Indian almonds also which go from the dark green color to brown color.

Indian almonds can’t be said to be the tastiest almonds in the world, but they are one of the healthiest varieties of almonds around the world.

Almond oil offers a variety of benefits, which are discussed below:

These were some of the amazing benefits of using almond oil in your daily routine. Many different almond oils are available in the market. It creates a lot of confusion for the customer which one to choose. You can surely go for Badam Rogan, which is sweet-smelling oil made from pure almonds without any artificial ingredients. Badam Rogan’s health benefits are numerous. You can use it whether to include in your diet or whether you want to use it for your hair or skin. Badam Rogan will give you the sure-shot results. 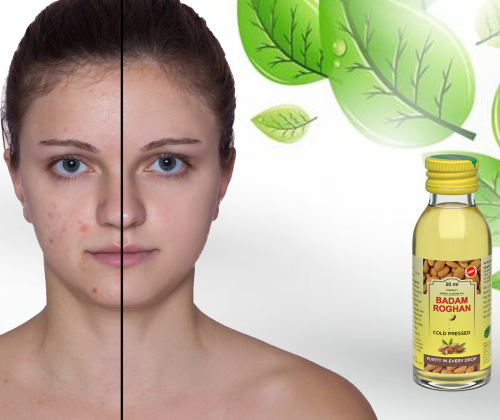 Using Almond Oil To Strengthen The Bones To build healthy bones, is a very important task in today’s lifestyle. To… 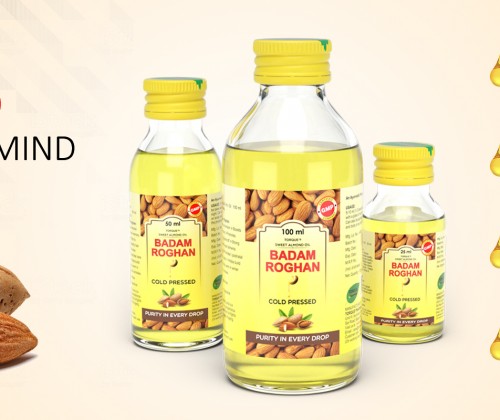 Almond is indeed a great food having the various perks it has for health, skin, and of course your hair.…