Chronic bronchitis is rather defined to be diseases which are characterized by sputum and cough for a minimum three consecutive months during the year and for over two successive years. There is noticed chronic obstruction to alveolar air inflow in this particular condition because of bronchial asthma or chronic bronchitis. It is termed to be a condition, where the bronchi and trachea in the lungs experience acute inflammation, thus resulting in accumulation as well as the discharge of sputum or phlegm. This disease can be chronic or acute. Treatment to be availed will depend upon the type that has been affected. Acute bronchitis occurs for a short period, with the treatment provided on time can help cure it in a few weeks. But treating chronic bronchitis will take some time and patience. It will be wise to have cough syrup for bronchitis like Torex Herbal that uses authentic and natural ayurvedic ingredients in them and assures relief to pain and the symptoms faced.

Causes according to Ayurveda

Water (Kapha) within the respiratory channels is blocked by aggravated air (Vata), thus interrupting air movement and resulting in accumulation of phlegm in lung tissue. Hence coughing is experienced naturally to remove this phlegm, thus resulting in bronchitis. It is, however, attributed to several reasons such as physical exertion, inhalation of dust and smoke, intake of drinks and foods having that dry effect upon the body and tracheal obstruction due to food particles. The other cause stated is suppression of the body’s natural urge like passing of urine and stool, sleep, thirst, hunger, breathing, sneezing, coughing, tears, yawning, etc. The above causes are rather investigated before offering a customized bronchitis treatment regimen. But Torex Herbal is stated to be the very best cough syrup for chronic bronchitis available from Torque Ayurveda.

Infection from increased mucus may be caused by different organisms like bacteria and viruses. Strep. Pneumonia and H. influenza are perhaps the main bacteria causing severe bronchial tree inflammation, thereby causing mucopurulent sputum to obstruct the airway and constitutional reaction. The sputum might develop H. influenza causing scarring and fibrosis of emphysema or distant alveoli. Airway obstruction is considered to be a vital functional abnormality, caused due to various reasons like mucus overproduction, edema, inflammatory swelling, fibrosis, smooth muscle spasm, emphysema and air getting trapped at bronchioles. During the initial stage, intermittent and on a later stage, permanent obstruction is said to develop. Airway, when it gets obstructed severely, reduced FEVI and PEF. Hence, the FVC/FEVI ratio falls by -5%. But it is not said to correlate properly.

Mucous gland hypertrophy and Goblet cell proliferation only increase enormously mucus secretion. It was the cause of sputum and chronic cough. Mucous gland secretion contributes mainly to sputum volume and Goblet cells cause airway obstruction. Therefore, there are experienced breathlessness, bronchi, and wheeze. Mucous gets altered chemically since its sialic and fucose acid concentration gets enhanced.

This disease in Ayurveda is termed as Kasroga and causes poor digestion. Mucus (ama) formation takes place in the lungs area due to incomplete waste elimination, poor digestion and poor diet. The favorable ground is only developed to grow unwanted infecting organisms within the bronchial region. Poor lifestyle, stress, lack of rejuvenation and bad circulation only deteriorate further the immune response of the body towards the organisms that invade the bronchial region.

Bronchitis can be treated with Ayurveda and can help to correct simultaneously stomach and lung functions. Those suffering from troubled breathing are provided with herbs. It also helps to remove phlegm. Also, are prescribed ayurvedic digestive formulas to improve digestive fire to destroy pathogens.

Taking cough syrup for chronic bronchitis like Torex Herbal will prove to be fruitful and provide a quick remedy to the impending health problems! 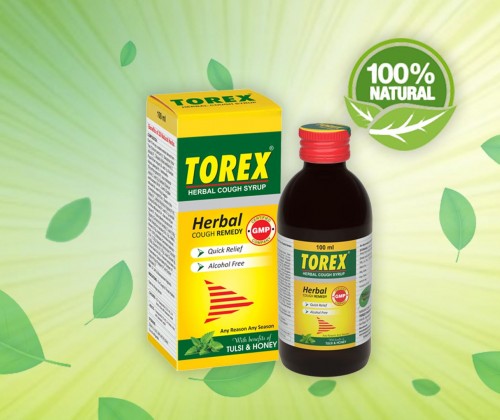 Common Cold In Babies- Symptoms And Prevention Everyone wishes and wants to live a healthy life, but no one is… 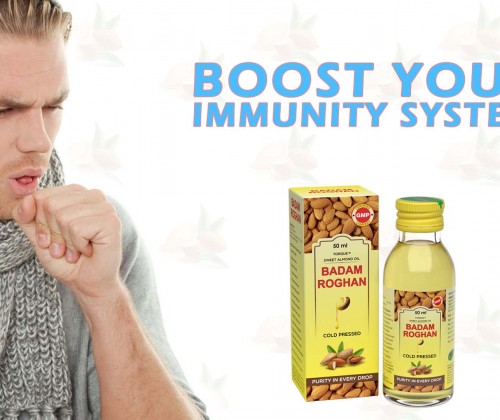 Tulsi, also known as “Tulasi,” or “Holy Basil,” is an herb used in Ayurveda, and some herbal tea and tea…